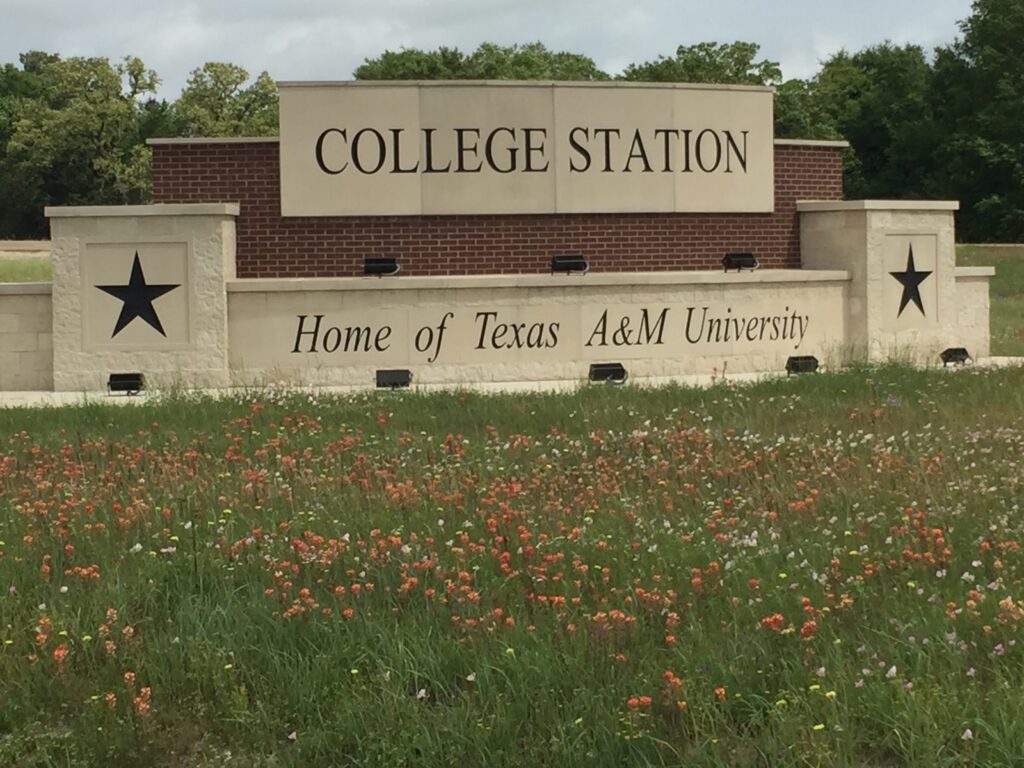 Each year College Station sees many new residents and businesses, who may like to read about local history, so this page is furnished to supply some of the story of the area.

Although College Station is one of the most recently incorporated cities in Texas, its story begins with the intrepid explorers from Spain and France. The Spanish Crown became concerned to learn of the renowned French explorer LaSalle’s expeditions to map the Mississippi River, thinking that was French encroachment on territory claimed by Spain.

While France made large claims of land of the Mississippi River basin, Spain made claims to the southwestern parts of North America. The early ownership of the areas of current day Brazos County and Grimes County shifted between the European empires. In 1821, unhappiness with Spanish rule prompted Mexico’s independence. In turn, The Republic of Texas earned its independence in 1836 upon dissatisfaction with the loss of Mexico’s original American-style federal constitution.

It was during the Second Colony of Stephen F. Austin that pioneers built their homesteads in this area during the 1820’s and 1830’s. The Houston & Texas Central Railroad Co. began to grade a railroad bed through the area in 1859. The outbreak of the Civil War put a pause on the railroad’s construction. More peaceful times in 1867 saw the completion of the H&TC RR, and the influx of farmers, mechanics, and additional settlers with the arrival of German, Italian, and Czechs who built new lives in the Brazos Valley. The newly formed Brazos County raised its first county courthouse.

As the State of Texas grew, it planned for a college system as big as their vision. The federal Morrill Act of 1862 prompted calls for college-building in Texas. After several years of efforts, in 1871 the Texas legislature established The Agricultural & Mechanical College of Texas. Now a commission needed to find a location. The citizens of Brazos County offered 2,416 acres of land, and the H&TC RR line passed through that land, so that offer was accepted to situate the new college.

And that takes us to the unique setting that took the name “College Station.” 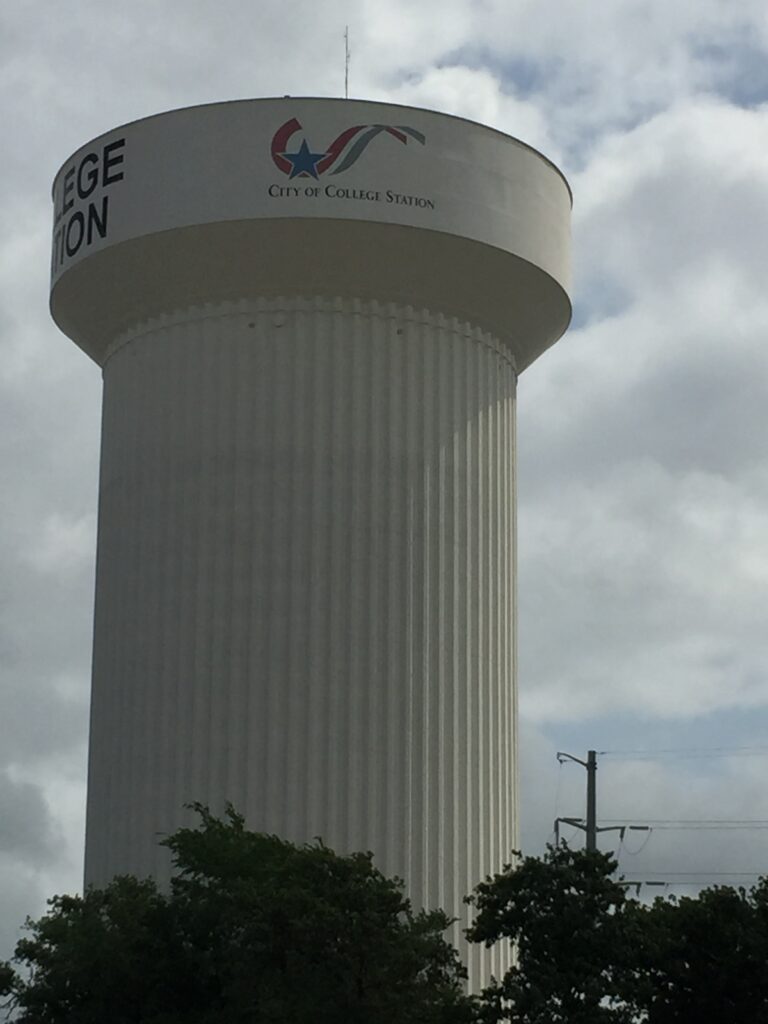 A New Town Is Named

Contrary to the name, there was not yet a railroad station. There was no town. The H&TC railroad conductors would announce the stop as “College Station”, the train stopped, the first students in 1876 stepped off the train to the railroad siding. The freshmen first arrived to the brand-new campus to walk about a quarter mile across the treeless prairie to the few sparse buildings. The railroad conductor’s name College Station was adopted.

Near that place along the tracks the U.S. Postal Service opened a post office in 1877, naming it College Station. The H&TC RR finally built a depot in 1883, followed in 1900 by a second depot built a short distance away by the International & Great Northern Railway. Passenger train service continued until 1959. A historical marker denotes the former location of the beloved train depots, on Old Main Drive just east of Welborn Road.

College-provided housing served the faculty for many years. By 1884 the community had two general stores with a population of 350, not including students. During the 1890’s electric service was installed. The population grew slowly to 391 in 1990. Opening an electric interurban railroad in 1910 connected College Station with the nearby county seat of Bryan. That northside of the College Station community saw the appearance of a business district, thanks to the interurban traffic which lasted to 1920 when bus service replaced the trolley. 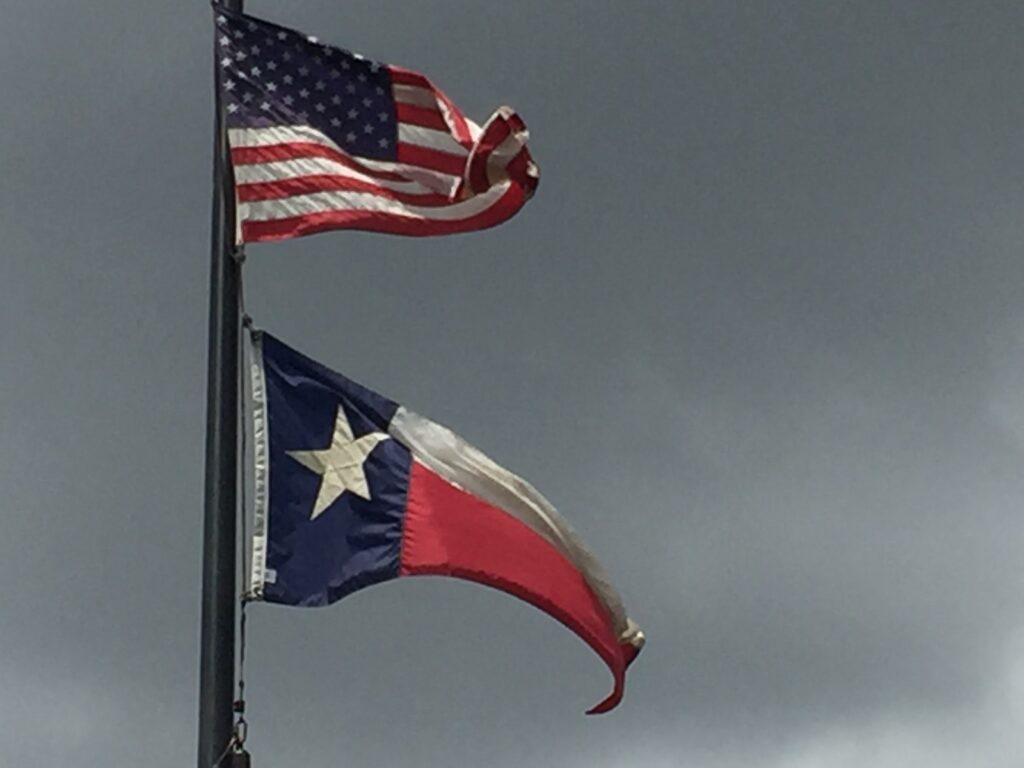 The community became an incorporated city in 1938. Local leadership looked to manage future growth by establishing a zoning commission. News came to the faculty that remained in campus-supplied housing that they had to move. This prompted new housing construction around College Station. In 1940 there were sixty businesses and 2,184 residents (not including students). The 1942 election of Ernest Langford began his twenty-six-year run as mayor. He stressed developing city services over expanding the commercial sector. The 1950 census included students to total 7,898 population.

A Great Place To Live

Such fast growth sometimes diminishes quality of life for a town. But careful planning by College Station has kept the community to be a great place to live. Starting with a superb regional market that has 75% of the population of Texas and Louisiana located within 3.5 hours by highway, and the steady growth of that region supports employment growth and a solid footing to start up a business. Presence of cutting-edge research at the university helps high-tech manufacturing nearby.

You know what they say about all work and no play. So when you are not on the job, look into the plentiful housing in the area along with the numerous recreation options for the whole family. College Station has a nice system of 56 parks. For organized sports, there are leagues that offer their sport for the different seasons. Traditional family picnicking, playgrounds for the kids, swimming pools. While College Station is regarded as a small city, it has kept much of the feel of a small town complete with very attractive surrounding countryside. When you want a change a pace the large metro areas of Austin, Dallas, Houston, San Antonio are easily reached by car within a couple of hours.

So beginning with its unique start as a place of higher education, College Station has steadily grown into an impressive town that many families are happy to call home.